David Ray Griffin is Professor of Philosophy of Religion at Claremont School of Theology and Claremont Graduate University. Among his many books are Religion and Scientific Naturalism: Overcoming the Conflicts; Unsnarling the World-Knot: Consciousness, Freedom, and the Mind-Body Problem; and Evil Revisited: Responses and Reconsiderations. 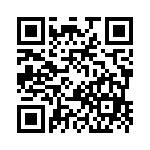