Page 1740 - I do not explicitly learn the propositions that stand fast for me. I can discover them subsequently like the axis around which a body rotates. This axis is not fixed in the sense that anything holds it fast, but the movement around it determines its immobility.
Appears in 58 books from 1974-2008

Elizabeth A. Povinelli is a Professor in the Department of Anthropology and the Institute for Research on Women and Gender at Columbia University, where she is also Codirector of the Center for the Study of Law and Culture. She is the author of The Cunning of Recognition: Indigenous Alterities and the Making of Australian Multiculturalism, also published by Duke University Press. She is a former editor of the journal Public Culture. 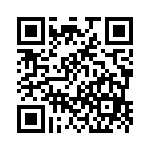