Those days: an American album

36 other sections not shown

Richard Critchfield was a journalist for the Christian Science Monitor, Washington Star, Economist, and International Herald Tribune. He received awards from the Overseas Press Club of America (for his reporting from Vietnam), the Rockefeller Foundation, the Ford Foundation, and the Alicia Patterson Foundation. In 1981-86, he became one of the first MacArthur Fellows. Critchfield's books explore remote villages throughout the world. His writings on the U.S., Those Days and Trees, Why Do You Wait?, look at the country's rural social history. The books that focus on other countries look at small villages and examine their social connections. For example, in Villages, Critchfield notes the similarities and differences among villages and the relationships of villages to cities. His attitude was that great change might best be observed not in the cultural centers of the world (Tokyo, London, New York), but in the areas of the world where most people lived, such as the villages of Latin America, Asia, and Africa. 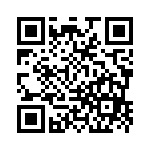