Barbara Hardy is a poet, autobiographer and novelist, as well as a critic whose books include three on George Eliot and three on Dickens. She is Emeritus Professor at Birkbeck, University of London, Honorary Professor of the University of Wales, Swansea, and Fellow of the Royal Society of Literature and the British Academy. 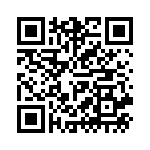