61 pages matching further in this book

26 other sections not shown

Frank Barlow was Professor of History at the University of Exeter 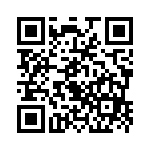