Best known for the quote from his Meditations de prima philosophia, or Meditations on First Philosophy (1641), "I think therefore I am," philosopher and mathematician Rene Descartes also devoted much of his time to the studies of medicine, anatomy and meteorology. Part of his Discourse on the Method for Rightly Conducting One's Reason and Searching for the Truth in the Sciences (1637) became the foundation for analytic geometry. Descartes is also credited with designing a machine to grind hyperbolic lenses, as part of his interest in optics. Rene Descartes was born in 1596 in La Haye, France. He began his schooling at a Jesuit college before going to Paris to study mathematics and to Poitiers in 1616 to study law. He served in both the Dutch and Bavarian military and settled in Holland in 1629. In 1649, he moved to Stockholm to be a philosophy tutor to Queen Christina of Sweden. He died there in 1650. Because of his general fame and philosophic study of the existence of God, some devout Catholics, thinking he would be canonized a saint, collected relics from his body as it was being transported to France for burial. 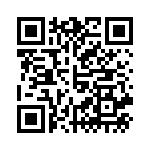