55 other sections not shown

Hans Kung is Swiss and was born into a middle-class family. He studied in Rome for seven years, obtaining his licentiate in philosophy and theology from the Gregorian University there, and then receiving his doctorate in theology from the Catholic Institute in Paris. Since 1960 he has been a professor at Tubingen University, where he taught dogmatic and ecumenical theology until his permission to teach Catholic theology was removed as a consequence of statements judged to be contrary to official doctrine. Since 1980 he has taught at the University of Chicago and the University of Michigan, and occasionally in Europe as well. His difficulties with the church began with the publication The Church (1967) and became very hot with the publication of Infallible? An Inquiry (1971). More recently, his On Being Christian (1977) has raised the question of whether his theology is not simply rational Protestant theology of the turn of the century. Official inquiries were held, statements were exchanged between Kung and the Conference of German Bishops, and the Rome-based Congregation for the Doctrine of the Faith, but no agreement was to be had. Kung continues to declare himself a loyal member of the Roman Catholic church and seems unlikely to leave its priesthood or to be excommunicated.

Edward Quinn is Professor Emeritus of English at the City College of New York. He Holds a Ph.D. from New York University and has co-edited several major reference works, including the classic The Reader's Encyclopedia of Shakespeare. Mr. Quinn lives in Brooklyn, NY. 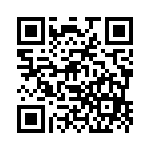