There is something wonderfully perverse about Alec Guinness publishing his diaries. He is, after all, one of those actors who made his mark precisely by obliterating his own personality in favour of ... Read full review

The retired actor muses with humble precision on the little details of his life; the results are sometimes mundane, often witty, and occasionally transcendent. Readers of Guinness's previously ... Read full review

25 other sections not shown

Sir Alec Guinness was born in London in 1914 and began his professional acting career in 1933. His many films include Oliver Twist, Kind Hearts and Coronets, The Bridge on the River Kwai (for which he won an Oscar), Lawrence of Arabia, Doctor Zhivago, and Star Wars. He was knighted in 1959 and made a Companion of Honour in 1994. 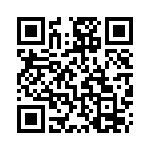