Page 1
Who steals my purse steals trash; 'tis something, nothing; 'twas mine, 'tis his, and has been slave to thousands; but he thatfilches from me my good name robs me of that which not enriches him and makes me poor indeed.2 As recent ...

HOWARD M. SILVERSTONE, CPA, FCA, CFE, is founder and Director of Forensic Resolutions, Inc., a forensic accounting firm. He has concentrated on forensic and investigative accounting since 1985 and has been involved in all aspects of cases, including those involving fraud investigations, complex commercial litigation, insurance claims, and due diligence, both as a consulting and expert witness. He is also coauthor of Forensic Accounting and Fraud Investigation for Non-Experts (published by Wiley) and has contributed articles to The Legal Intelligencer, Security Management, and many other publications. He also contributed a chapter to The CPA's Handbook of Fraud and Commercial Crime Prevention, originally published in 2000 by the AICPA. He is a frequent speaker who has delivered presentations for professional organizations, law firms, and insurance companies.

HOWARD R. DAVIA (deceased) was a certified public accountant with more than thirty years of experience in government, industry, and public accounting. As an audit executive with both the U.S. General Accounting Office and the General Services Administration, and subsequently as a chief executive operating officer with the General Services Administration, he gained vast experience in the opportunities for fraud, as well as for its detection and deterrence. He is the author of Fraud 101 and coauthor of Accountant's Guide to Fraud Detection and Control, Second Edition (published by Wiley). 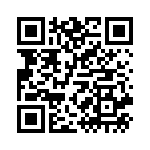