Page 24 - When I deny sensible things an existence out of the mind, I do not mean my mind in particular, but all minds. Now, it is plain they have an existence exterior to my mind; since I find them by experience to be independent of it.
Appears in 125 books from 1820-2007
Page 23 - To me it is evident, for the reasons you allow of, that sensible things cannot exist otherwise than in a mind or spirit. Whence I conclude, not that they have no real existence, but that, seeing they depend not on my thought, and have an existence distinct from being perceived by me, there must be some other mind wherein they exist.
Appears in 59 books from 1843-2008
More
Page 26 - Men commonly believe that all things are known or perceived by God, because they believe the being of a God; whereas I, on the other side, immediately and necessarily conclude the being of a God, because all sensible things must be perceived by Him.
Appears in 89 books from 1820-2007
Less

Costica Bradatan teaches philosophy at Texas Tech University and is Senior Editor of Janus Head: A Journal of Interdisciplinary Studies in Literature, Continental Philosophy, Phenomenological Psychology, and the Arts. 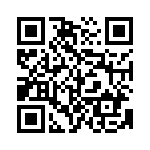