57 other sections not shown

Charles de Secondat, Baron de la Brede et de Montesquieu, French philosopher and political theorist, is viewed variously as the most important precursor of sociology, as the father of modern historical research, and as the first modern political scientist. In The Persian Letters (1721), which was an immediate publishing success, he depicted France as seen by two imaginary Persians and thus demonstrated the possibility for objectivity that he demonstrated 27 years later in The Spirit of the Laws (1748), his masterpiece. On the surface, The Spirit is a treatise on law, but it also describes every domain affecting human behavior and raises questions of philosophical judgment about the merits of various kinds of legislation. It describes three types of government and their principles: Virtue is the principle of republics; honor, of monarchies; and fear, of despotism. With these "ideal types" as starting points, he proceeded to analyze legislation and the state in great detail. He made comparison the central method of his political science and thus directed the focus of inquiry from Europe to all societies in the world. His direct influence on the social sciences has been profound. 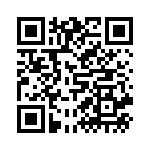