Frank Trommler is Professor of German and Comparative Literature at the University of Pennsylvania in Philadelphia and Director of the Humanities Program at the American Institute for Contemporary German Studies in Washington. 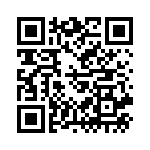