Dante Alighieri was born in 1265 in Florence to a family of minor nobility. He entered into Florentine politics in 1295, but he and his party were forced into exile in a hostile political climate in 1301. Taking asylum in Ravenna late in life, Dante completed his Divine Commedia, considered one of the most important works of Western literature, before his death in 1321. 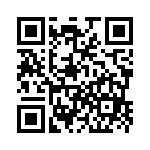