Page 27 - of finding values in a heaven of ideas disappears along with Him; there can no longer be an a priori Good, since there is no infinite and perfect consciousness to thInk it. Nowhere is it written that the Good exists, that we must be honest, that we must not lie; because the
Appears in 89 books from 1893-2007
Page 25 - Not only is man what he conceives himself to be, but he Is also only what he wills himself to be after this thrust toward existence. Man is nothing else but what he makes of himself. . . . Man is at the start a plan.
Appears in 88 books from 1906-2007
More
Page 20 - Let us consider some object that is manufactured, for example a book or a paper-cutter: here is an object which has been made by an artisan whose inspiration came from a concept He referred to the concept of what a paper-cutter is and likewise to a known method of production, which is
Appears in 28 books from 1961-2005
Page 21 - if a house, eg, had been a thing made by nature, it would have been made in the same way as it is now by art, and If things made by nature were made also by art, they would come to be in the same way as by nature.”ż
Appears in 33 books from 1908-2005
Page 22 - Thus, the concept of man in the mind of God is comparable to the concept of paper-cutter In the mind of the manufacturer, and, following certain techniques and a conception, God produces man, just as the artisan, following a definition and a technique, makes a paper-cutter. Thus, the individual man is the realization of a certain concept in the divine
Appears in 32 books from 1961-2005
Less

Bernard Schumacher teaches at the University of Fribourg; he is co-editor of The Classics of Western Philosophy. 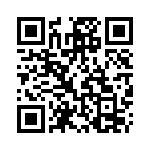