Page 70
1 century , the latest result of the process to which we have alluded was the establishment of the British Empire of India . Originating in the enterprise of the East India Company , developed in the course of that Company's struggles ...
Page 256
Whatever may be the political disadvantages of Allied occupation , there is little doubt as to the popularity of British troops with the people , and the benefits which their presence has conferred on many a humble German household .
Page 454
Cambridge History of British Black game , 14 . Foreign Policy , ' 156 , 173 . Bodley , Mr , criticism on Lord Morley , Canada , relations with the United 345 . States , 173 . Boer Republics , 70 — War , character Canning , Rt Hon .

77 other sections not shown 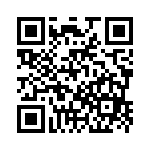