GILLIAN COWLISHAW began life on a farm. After being a traveller, a mother and a teacher, she became a student, taking her doctorate in anthropology. Her intellectual interests are varied, though most of her research has been concerned with the position of Aborigines in relation to Australian society. She is currently a research scholar at the University of Technology, Sydney. 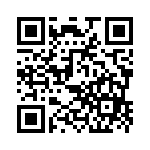