An excellent explanation of the historic land tenure of England. Interesting read.

Page 204 - December, 1833, no person shall make an entry or distress, or bring an action to recover any land or rent, but within twenty years next after the time at which the right to make such entry or distress or to bring such action shall have first accrued to some person through whom he claims; or if such right shall not have accrued to any person through whom he claims...
Appears in 249 books from 1800-2006
Page 426 - And be it further enacted, that no descent cast, discontinuance or warranty which may happen or be made after the said 31st day of December, 1833, shall toll or defeat any right of entry or action for the recovery of land.
Appears in 102 books from 1831-2006
More
Page 522 - Coke defines it to be a conveyance of an estate or right in esse, whereby a voidable estate is made sure and unavoidable, or whereby a particular estate is increased ; and the words of making it are these : "Have given, granted, ratified, approved and confirmed.
Appears in 100 books from 1807-2006
Page 199 - And be it further enacted, that every will shall be construed, with reference to the real estate and personal estate comprised in it, to speak and take effect as if it had been executed immediately before the death of the testator, unless a contrary intention shall appear by the will.
Appears in 619 books from 1803-2006
Page 154 - And that all sorts of tenures, held of the king or others, be turned into free and common socage, save only tenures in frankalmoign, copyholds and the honorary services (without the slavish part) of grand serjeanty.
Appears in 102 books from 1791-2006
Page 20 - The lineal descendants, in infinitum, of any person deceased shall represent their ancestor ; that is, shall stand in the same place as the person himself would have done had he been living.
Appears in 192 books from 1807-2006
Page 275 - ... for the same. In this case the land is liable to the distress, not of common right, but by virtue of the clause in the deed ; and therefore it is called a rent-charge, because in this manner the land is charged with a distress for the payment of it.
Appears in 37 books from 1807-2006
Page 204 - ... shall have held the same, all of whom shall have obtained possession thereof adversely to the right of presentation or gift of such person, or of some person through whom he claims, if the times of such incumbencies...
Appears in 63 books from 1831-2006
Page 72 - By matter in pais. or deed ; which is an assurance transacted between two or more private persons in pais, in the country ; that is (according to the old common law) upon the very spot to be transferred.
Appears in 63 books from 1791-2006
Less 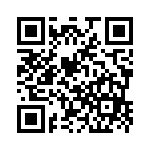