Page 136
THE GIRL AND THE PUPPET [ T IS NOT likely that we should have had a chance seeing play not Pioneer performed it . So far , then , their choice was justified ; still , we should not have missed very much had they let it alone .
Page 162
An elderly man in immaculate black , a woman , presumably a widow , in streaming weeds , a tiny girl , a young girl about eighteen , a youth , say twenty - two , and a little boy about twelve . These people are " Characters " in a play ...
Page 164
He went to a certain house which under the pretence of being a dressmaker's was a house where these sort of bargains are struck , and there , without recognizing her , he met his wife's daughter , " the girl you see over there " .

10 other sections not shown 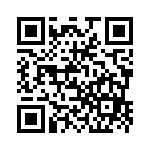