Shakespeare: For All Time

Shakespeare scholar Wells creates sketches of the playwright's life by examining artifacts and documents. Chapters study the growth of his reputation from that of a popular London playwright to the ... Read full review

A book on Shakespeare, it is said, is published every day somewhere in the world. Why add to that pile unless you have something new to say - or claim, with Anthony Burgess, 'the right of every Shakespeare-lover to paint his own portrait of the man'? Stanley Wells, whose 'Also By' page lists some 25 previous cases to be taken into account, fails the first test, and has already passed the second. So what, for all a lifetime steeped in Shakespeare, can he possibly have left to tell us?
Wells is emeritus professor of Shakespeare Studies at the University of Birmingham, co-editor of the Oxford Complete Works and general editor of the Oxford Shakespeare series. He is also chairman of the Shakespeare Birthplace Trust and vice-chairman of the Royal Shakespeare Company. So he is a sizeable stakeholder in the Stratford 'heritage' industry as well as the recent Oxford approach to the canon, often controversial under his leadership. Towards the end of a Shakespeare-saturated career, it seems, he wants to pull it all together one last time, adding the very latest developments (such as a Norwegian production of Macbeth in which the protagonist is played by a tomato) in a tone of voice that sounds as if he is reminiscing with his grandchildren.
Although frequently referring to himself as a 'scholar', apparently to distance himself from those who jump to bolder Bardic conclusions, Wells writes almost chattily, enlivening his opening remarks with the far from scholarly observation that 'a young friend of mine was reduced to tears at the thought that [Shakespeare] died on his birthday'. After seeing Olivier's Coriolanus he 'walked the streets of Stratford alone, unwilling to break the spell by anything so mundane as conversation'. The great S Schoenbaum is referred to as 'Sam'; of the equally eminent John Dover Wilson we are told that his wife would lock him in his study to work, but he would sneak out of the window to play golf.
All of which is fine, often entertaining, so long as the claims made for it are not as ambitious as those on Macmillan's dustjacket. Wells is a scholar who is prim with the available facts (or lack of them) one minute, rebuking those who 'privilege common sense over evidence', yet himself swashbuckling the next - surmising, for instance, that Shakespeare 'might surely have had fascinating conversations' with an alderman who worshipped at the same London church.
Sign up for Bookmarks: discover new books in our weekly email
Read more
The opening biographical section, divided between Stratford and London, is cautious to the extreme in its handling of fact versus accumulated 'fiction' (or speculation) while emphatic about the author's own pet surmises, such as his maverick belief that Two Gentlemen of Verona was Shakespeare's first play.
While citing cutting-edge evidence about the true location of Mary Arden's home, he ignores other documentation about the poet's purchase late in life of the gatehouse of the Blackfriars Theatre, blandly stating that he 'seems' never to have lived there - thus sidestepping recent refutations of the received wisdom that Shakespeare retired to Stratford in 1611 after penning his farewell in The Tempest. Like too many other Shakespeareans of all eras, Wells also uses the Sonnets as autobiographical evidence when it suits him, condemning the practice when it doesn't.
Despite his declared interest in the Stratford tourist industry, he is remarkably gallant about the newly fashionable 'Lancashire Shakespeare' - the theory, 'intriguing' to Wells, who spells it out in even-handed detail, that the notoriously 'missing' or 'lost' years between the end of the teenage Will's schooldays and his impregnation of Anne Hathaway were spent up north as a tutor-turned-actor in a noble Catholic household.
You would not expect the chairman of the Shakespeare Birthplace Trust, however, to question whether his man was actually 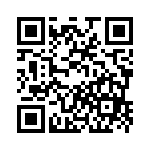