Reviews aren't verified, but Google checks for and removes fake content when it's identified
User Review - Flag as inappropriate

I am intrigued with the photos on the cover, because the women there look enough like my mother and grandmother to be sisters. My mother and grandmother were dark with high cheek bones. My grandmother stood out in a crowd of white people because of her darkness,something she shared with others in her mother's family. A DNA test on myself revealed that we have some Portuguese in our ancestry. This and the fact that the family migrated from Virginia and Tennessee makes me believe that we quite possibly could have descended from the Melungeons.

There is nothing hard to grasp about the fact that America was setteled by refugees from many disparate parts of Europe seeking religous freedom. That is plain fact. It is also a "fact" therefore that some should be of Jewish ancestry as they were the very types of people being moved around Europe for those very reasons at that exact time.
Why the backlash against this author?
Jews traveled to many countries in Europe and assimilated to different populations in Spain, Portugal, France, Italy The Netherlands and England for hundreds of years before settlers from those same countries came to the U.S.. We have names historically (factually) noted with this diaspora and sure enough they are in early settlers records too.
Portuguese Sailors were a large part of the English navy. (Admiral Perry is of Portuguese descent - name "Perriera" Anglicised). Why were they in the British navy? - in many cases because they were of Jewish descent and had been expelled from Spanish Iberia. Why wouldn't they end up in English colonies via English boats- they were the best sailors in the world?
Their descendants surely ended up/populated somewhere in the U.S.. Whether there is indeed a full blown "Melungeon Connection" everywhere in the early U.S. or even the just the plain facts that we are obviously a nation of often glossed over, varied roots, this book is eye opening. People don't even recognize the Huguenot contribution. Daniel Boone was no doubt, in fact, French in origin (take that with your Freedom Fries). And "Davis" (as in Jefferson) has been traceable as a variant of "David" ("The" premier Jewish surname) in the British Isles for a long time.
This book is a plain reminder of that.
I know this isn't science but the book rings so true to me when I match the supposedly "American" names up to people who I've known with Jewish features or who I assumed were Jewish despite their surnames.- Miller, Brown, Barry, Davies, Green etc. Had always suspected such and just rings too true to me.
I have Crypto - Judaic ancestry from Italy and Italians often don't want to look at that factual part of their history either. 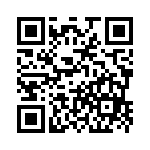