François-Marie Arouet known as Voltaire, was born in Paris in 1694. He was educated by the Jesuits at the Collčge Louis-le-Grand (1704-1711), where he learned Latin and Greek; later in life he became fluent in Italian, Spanish, and English. By the time he left school, Voltaire had decided he wanted to be a writer. His father then obtained a job for him as a secretary to the French ambassador in the Netherlands. Most of Voltaire's early life revolved around Paris. From early on, Voltaire had trouble with the authorities for critiques of the government and religious intolerance. These activities were to result in two imprisonments and a temporary exile to England. The name "Voltaire", which the author adopted in 1718, is an anagram of "AROVET LI," the Latinized spelling of his surname, Arouet, and the initial letters of "le jeune" ("the young"). The name also echoes in reverse order the syllables of the name of a family château in the Poitou region: "Airvault". The adoption of the name "Voltaire" following his incarceration at the Bastille is seen by many to mark Voltaire's formal separation from his family and his past. Voltaire continued to write plays, such as Mérope (or La Mérope française) and began his long research into science and history. From 1762, he began to champion unjustly persecuted people, the case of Jean Calas being the most celebrated. This Huguenot merchant had been tortured to death in 1763, supposedly because he had murdered his son for wanting to convert to Catholicism. His possessions were confiscated and his remaining children were taken from his widow and were forced to become members of a monastery. Voltaire, seeing this as a clear case of religious persecution, managed to overturn the conviction in 1765. n February 1778, Voltaire returned for the first time in 20 years to Paris. He soon became ill again and died on 30 May 1778. 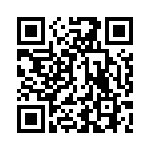