Page 70
1 idea of the soul but that we arrive at it by an inference of reason , that is the same as saying that there is no image of the soul depicted in the imagination , but that that which I have called its idea does , nevertheless , exist .
Page 182
Nevertheless , my good Sir , note that the difficulty appears not to affect the question whether , in order to avoid error , we ought to understand a thing clearly and distinctly , but concerns the art or method by which it is possible ...
Page 253
For , although it is owing to touch that we judge that the staff is straight , and that by the mode of judging to which from infancy we are accustomed , and which is bence called sense , this , nevertheless , does not suffice to correct ...

11 other sections not shown 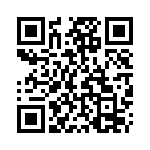