William Kenefick is Lecturer in Modern Scottish History at the University of Dundee and author of Rebellious and Contrary: The Glasgow Dockers c.1853 to 1932 (East Linton, Tuckwell Press, 2000). He was co-editor of The Roots of Red Clydeside 1910 to 1914?: Labour and Industrial Unrest in West Scotland (Edinburgh, John Donald, 1996). 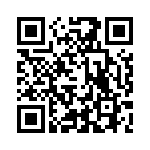