Page 146
Milton's wife had , a year or two after the reconciliation , presented him with a daughter , whom he named Anne , after his sister . This child was born lame , or became so in early youth from some accident .
Page 259
Milton had taught two of his daughters to read and pronounce with the nicest propriety the English , Italian , Spanish , Greek , Latin , and Hebrew languages . There was therefore no work in any of these tongues which he could not hear ...
Page 291
Milton left but three children , all the daughters of his first wife . Of these Anne , the eldest , who , though deformed , possessed some beauty , married well , but died in giving birth to her first child . Mary , the second daughter ... 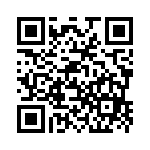