21 other sections not shown

Historical fiction author Peter Vansittart was born in Bedford, England. He attended Winchester College and Worcester College. He was the director of the Burgess Hill school in Hampstead, London from 1947 to 1959. His first novel, I Am the World, was published in 1942. He wrote and edited more than 50 books in his lifetime including The Death of Robin Hood; The Game and the Ground; Green Kights, Black Angels; Voices from the Great War; and Survival Tactics. He died on October 4, 2008 at the age of 88. 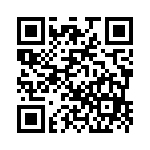