20 other sections not shown

Robert Lacey was born in Guilford, Surrey, England on January 3, 1944. He earned a B.A. in 1967, a diploma of education in 1967, and an M.A. in 1970, all from Selwyn College, Cambridge. Lacey began his writing career as a journalist, working for the Illustrated London News and later the Sunday Times magazine. While working for the latter, he also began writing biographies; his books about Robert, Earl of Essex and Sir Walter Raleigh led to a commission to write a history of Queen Elizabeth's reign, to be published during her silver jubilee. Majesty: Elizabeth II and the House of Windsor became an international bestseller, and established Lacey's reputation as a biographer who treated his subjects accurately and fairly. Lacey is a thorough researcher who has often gone to great lengths to immerse himself in the background of the people he writes about. He moved to the Middle East and even learned Arabic while doing research for The Kingdom, a biography of Saudi Arabia's first ruler, Abdul Aziz Sa'ud. And when writing Ford: The Man and the Machine, about Henry Ford, he relocated to Michigan and worked for a time on the assembly line in an auto plant. He is also the author of Little Man: Meyer Lansky and the Gangster Life, The Queen of the North Atlantic, The Life and Times of Henry the VIII, God Bless Her!, and Princess, a pictorial biography of Diana, Princess of Wales. Robert Lacey married Alexandre Avrach, a graphic designer, in 1971. They have three children, Sasha, Scarlett, and Bruno. 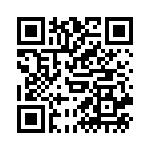