Janet began writing for publishing at the age of 21 at a US Army museum at Schofield Barracks, Hawaiinbsp;where she was stationed. In 1990 she was selected to train as a script supervisor in the IATSE-MOPO #665, Hawaii's filmmakers Union. She worked with many leading industry professionals at that capacity for over 12 years.She then met a Hawaiiannbsp;man who brought to her a, 'blessing in chant' from the Big Island that began to ignite her ambition to write a movie script about James Cook, after which she had many paranormal experiences includingnbsp;her realizations withnbsp;extraterrestrial realities. She then attended the IBI Forum, (Ceo Space) an entrepreneurial business investment forum that prepared her for the journey ahead.There she met Mr. Nik Venet, (producer, Bee Gees, Linda Rondstadt) who adopted her project and gave her the courage to continue writing. Janetnbsp;hadnbsp;an out of body experience in 1999 when Cook's replica ship (HMS Endeavour) arrived in Hawaii's port. Shenbsp;was given a direct message from Archangel Metatron: ' The script is not the healing itself, however it is the foundation upon which the healing is about to begin.'In 2002nbsp;Janet was recognized informally as a reincarnated Tibetan Lama by His Holiness the 25th Serkong Tritul from Tibet who asked Janet to come to his Monastery and become a nun.nbsp;She was honored however felt she had to stay in Hawaiinbsp;to finish her script.nbsp;It wasnbsp;recommended that she find a 'phurba master' to give her 'proper teaching' by Her Eminance Lama Damola of the Sakya Lineage after she experienced a rare apparition of Dorji Grobolo. (Phurba Deity)Her journey led her to England andnbsp;Sarnath India where she uncoverednbsp;many interesting correlations to James Cook and the Tibetannbsp;teacings of:nbsp; Guru Padmasambava, or Guru Rimpoche. 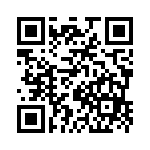