Page 180
Ce fut pour cela Roaming to seek their prey on earth , durst fix And Horonaim ,
Seon ' s realm , beyond Their seats long after next the seat of God , The flowery
dale of Sibma clad with vines , Their altars by his altar , gods adored And Elealé ,
to ...
Page 198
Thus they their doubtful consultations dark Ended , rejoicing in their matchless
chief : As when from mountain tops the ... sun with farewell sweet Extend his
evening - beam , the fields revive , The birds their notes renew , and bleating
herds ...
Page 290
Forthwith the sounds and seas , each creek and bay , With fry innumerable
swarm , and shoals of fish that with their fins , and sbining scales , Glide under
the green wave , in sculls that oft Bank the mid sea : part single , or with mate ,
Graze the ... 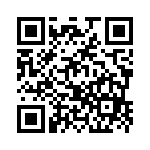