Oliver Harris is a professor in the School of American Studies at Keele University in Staffordshire, England. He is the editor of The Selected Letters of William S. Burroughs, 1945- 1959 and the editor of the fiftieth-anniversary edition of Burroughs' Junky. Harris is also the author of numerous scholarly articles on Burroughs, the Beat Generation, film noir, and the epistolary form. 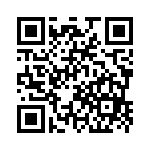