The cosmic blueprint: new discoveries in nature's creative ability to order the universe

Science expositor and physics professor Davies has written a fascinating book in which he examines the centuries-old conflict between holism and reductionism: What is the source of the universe's ... Read full review

Paul Davies is professor of natural philosophy in the Australian Centre for Astrobiology at Macquarie University. His research has spanned the fields of cosmology, gravitation, and quantum field theory, with particular emphasis on black holes and the origin of the universe. He is currently working on the problem of the origin of life and the search for life on Mars. He is a well-known author, broadcaster, and public lecturer and has written over twenty-five books. Among his better-known works are God and the New Physics, The Mind of God, About Time, The Fifth Miracle, and How to Build a Time Machine. In recognition of his work as an author, he was elected as fellow of The Royal Society of Literature in 1999.

His contributions to science have been recognized by numerous awards, including the 2002 Michael Faraday Prize by the Royal Society and the 2001 Kelvin Medal and Prize from the U.K. Institute of Physics. In April 1999 the asteroid 1992 OG was officially named (6870) Pauldavies in his honor. His most significant award was the 1995 Templeton Prize for Progress in Religion, the world’s largest prize for intellectual endeavor. 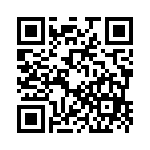