The spontaneous poetics of Jack Kerouac: a study of the fiction

Focusing on Kerouac's desire to create one vast book, the Duluoz legend, Weinreich successfully demonstrates that each work tries to solve a structural problem presented in a prior one. Her analysis ... Read full review

4 other sections not shown

Regina Weinreich teaches in the Department of Humanities at the School of Visual Arts in New York City. 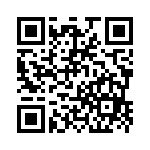