Slightly user-unfriendly compared to the second edition. The additional indices in the back make reading look up more difficult. Read full review

Andrew Nathaniel Nelson was born in Great Falls, Montana, in 1893. He received his B.A. from Walla Walla College and his Ph.D. from the University of Washington. As a Seventh-Day Adventist missionary in Asia between 1918 and 1961, Dr. Nelson played a prominent role in the fields of education and language training. Throughout his life, Dr. Nelson remained devoted to the study of the Japanese language and the fundamentals of Chinese.

John H. Haig is an associate professor of Japanese in the Department of East Asian Languages and Literatures at the University of Hawai'i at Manoa, one of the largest departments of its kind in the U.S. 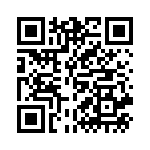