NOT AT ALL WHAT ONE IS USED TO: The Life and Times of Isabella Gardner

Thorough, knowledgeable, gossipy biography of a remarkable but little-celebrated American poet.With a name shared by her eccentric aunt and patron of the arts, Isabella Stewart Gardner (1915-1981 ... Read full review

Marian Janssen serves as head of the International Office of Radboud University Nijmegen in the Netherlands. She is the author of The Kenyon Review, 1939–1970: A Critical History. 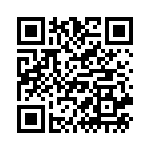