What does it take to rise to the top of one’s profession or any other domain in life? Through artful storytelling of historical and contemporary figures, Greene offers us a plethora of examples to ... Read full review

A book full of accounts of people who acieved much in their field. Some of these were familiar, more less so, with a varying mix of interest to myself. There was a lot of repetition in using each of these examples to convey the point of each chapter. A bit long winded. Read full review

Robert Greene, the #1 New York Times bestselling author of The 48 Laws of Power, The 33 Strategies of War, The Art of Seduction and The Laws of Human Nature (all published by Profile) is an internationally renowned expert on power strategies. He lives in Los Angeles. 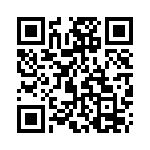