Esther Ruigendijk has been a Professor in the Department of Dutch Studies at the Carl von Ossietzky University in Oldenburg, Germany, since 2005. She received her PhD in 2002 from the University of Groningen, the Netherlands. Her research interests include language acquisition, language impairment, and language processing. Within these areas, she concentrates on syntactic and lexical phenomena. 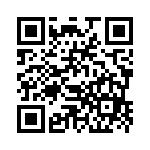