Jamie Oliver first started cooking at his parents' pub, the Cricketers, in Essex, at the age of eight. A phenomenon in the culinary world, he is one of the world's best-loved television personalities and one of Britain's most famous exports. Jamie's hugely successful TV series include The Naked Chef, Jamie's Kitchen, Jamie's School Dinners, Jamie's Great Italian Escape, Return to School Dinners, Jamie's Chef, Jamie at Home, Jamie's Ministry of Food, Jamie Does..., and, more recently, Jamie's 30-Minute Meals and the Emmy Award-winning Jamie's Food Revolution. His programs have now been broadcast in more than a hundred countries and the accompanying cookbooks translated into more than thirty languages. Jamie lives in London and Essex with his wife, Jools, and his kids, Poppy, Daisy, Petal, and Buddy. 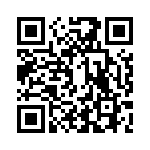