HOME TO WAR: A History of the Vietnam Veterans' Movement

The Vietnam Veterans Against the War (VVAW) was established in 1967 and in many ways led the protest movement until the war's end in 1975. For veterans, though, the war has never really ended, despite ... Read full review

Home to war: a history of the Vietnam veterans' movement

The frequently heroic, more often tragic saga of the veterans who fought in the war and then fought against it is told in this gripping narrative, which takes hold of the reader with its haunting ... Read full review

GERALD NICOSIA is the author of "Memory Babe", which won the Distinguished Young Writer Award from the National Society of Arts and Letters while still a work-in-progress. It remains widely regarded as the definitive work on Jack Kerouac. Nicosia lives in Corte Madera, CA.

Anthony Swofford served in a U.S. Marine Corps Surveillance and Target Acquisition/Scout-Sniper platoon during the Gulf War. After the war, he was educated at American River College; the University of California, Davis; and the University of Iowa Writers' Workshop. He has taught at the University of Iowa and Lewis and Clark College. His fiction and nonfiction have appeared in "The New York Times, Harper's, Men's Journal, The Iowa Review, " and other publications. A Michener-Copernicus Fellowship recipient, he lives in New York. 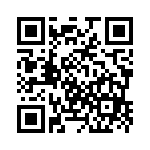