3 other sections not shown

Gerald Groemer is professor of Japanese and Western music history at University of Yamanashi in Kōfu, Japan. 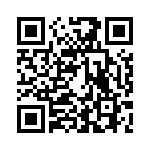